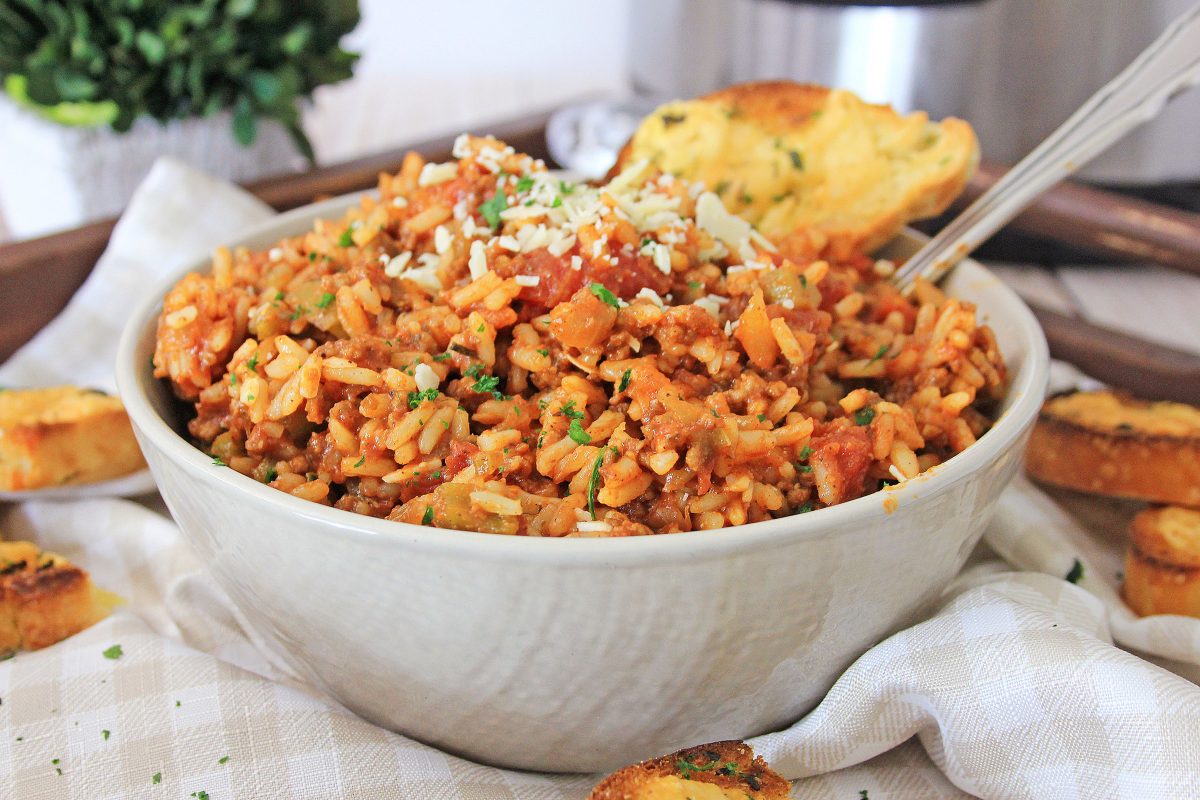 This Instant Pot Spanish Rice recipe is based on an old-fashioned recipe and is favorite of many families. Spanish rice is both a bit spicy and sweet, and it is easy to make in the Instant Pot.

Note: This recipe uses both the stove and the Instant Pot by cooking instant rice on the stove while the remainder pressure cooks. You can also make this my making the rice in the Instant Pot first if you do not have a stove handy or wish to do everything in the Pot.  Here is how to make Instant Pot rice. 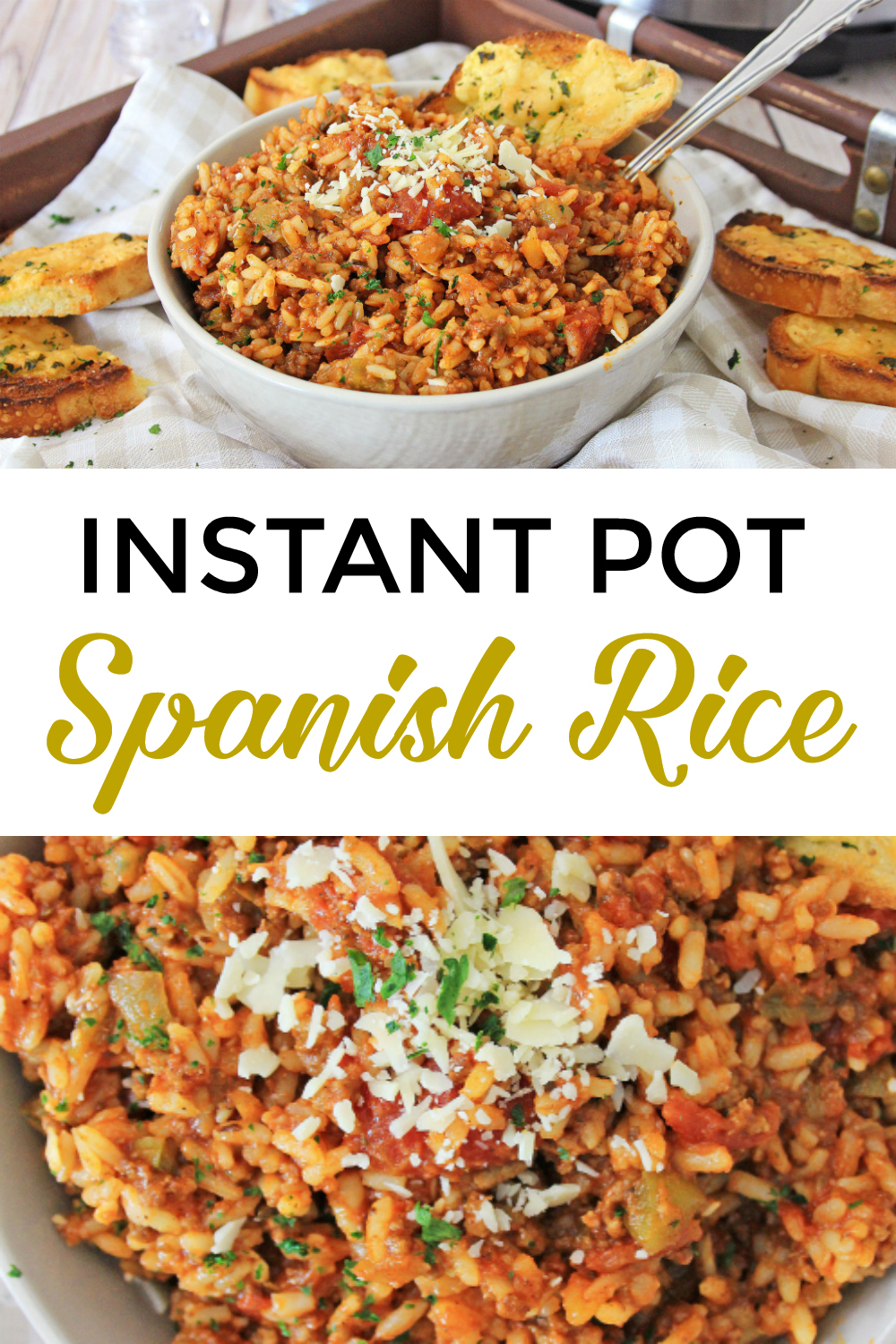 Spanish rice is very similar to Mexican Rice and you will sometimes see those terms used interchangeably.  However, often Mexican Rice has Cumin and Spanish Rice has Saffron. This particular recipe has neither, but feel free to add one of those spices if desired!

This recipe was submitted by a third party. 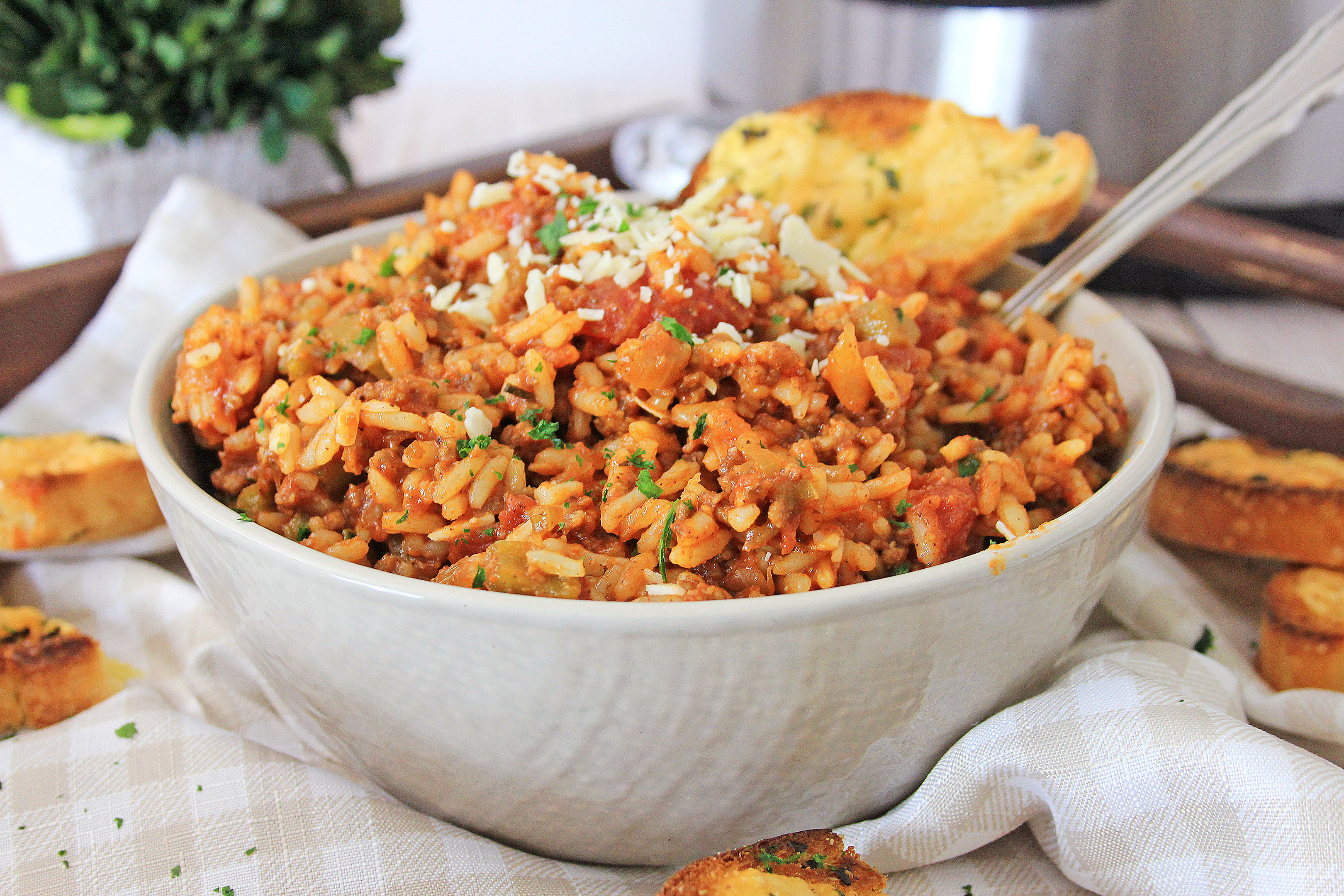 This particular recipe includes ground beef. You can use ground chuck, sirloin, or any ground beef of choice. You can also make this recipe without the meat. I would add extra vegetables if you do that.

Start by sauteing some onions and green peppers until the the onions turn translucent and the peppers soften. Both are staples in Spanish Rice dishes.

Remove the onions and peppers and then brown the beef in the Instant Pot. 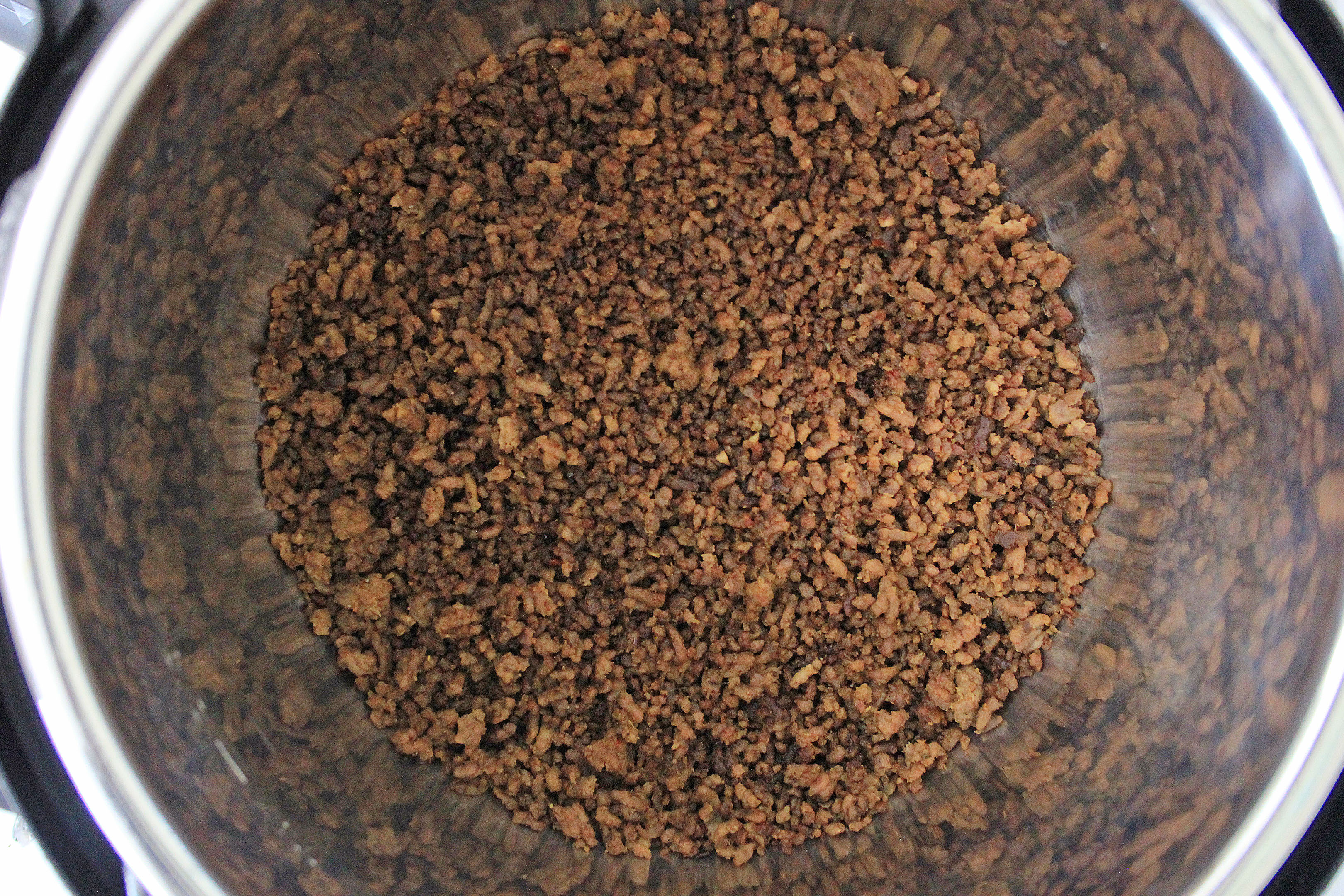 Next, add the green peppers and onions back to the Instant Pot with the beef. 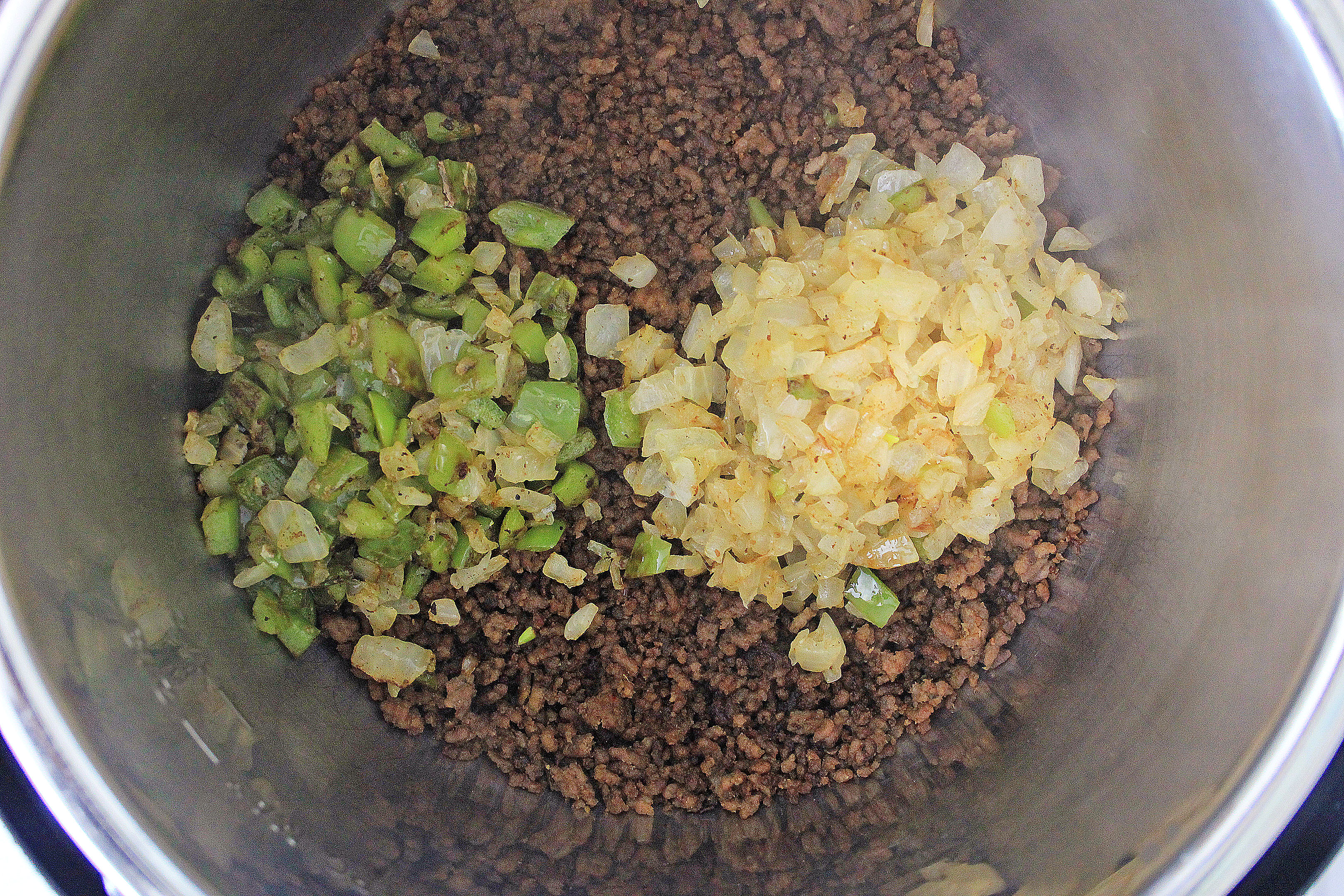 From there, add the remaining ingredients.

If you really want to substitute for something already diced, try a can of Rotel. That is nice and spicy and will give the Spanish Rice dish the same flavor, perhaps with a bit more kick!

You can also add salsa to give the dish a kick. 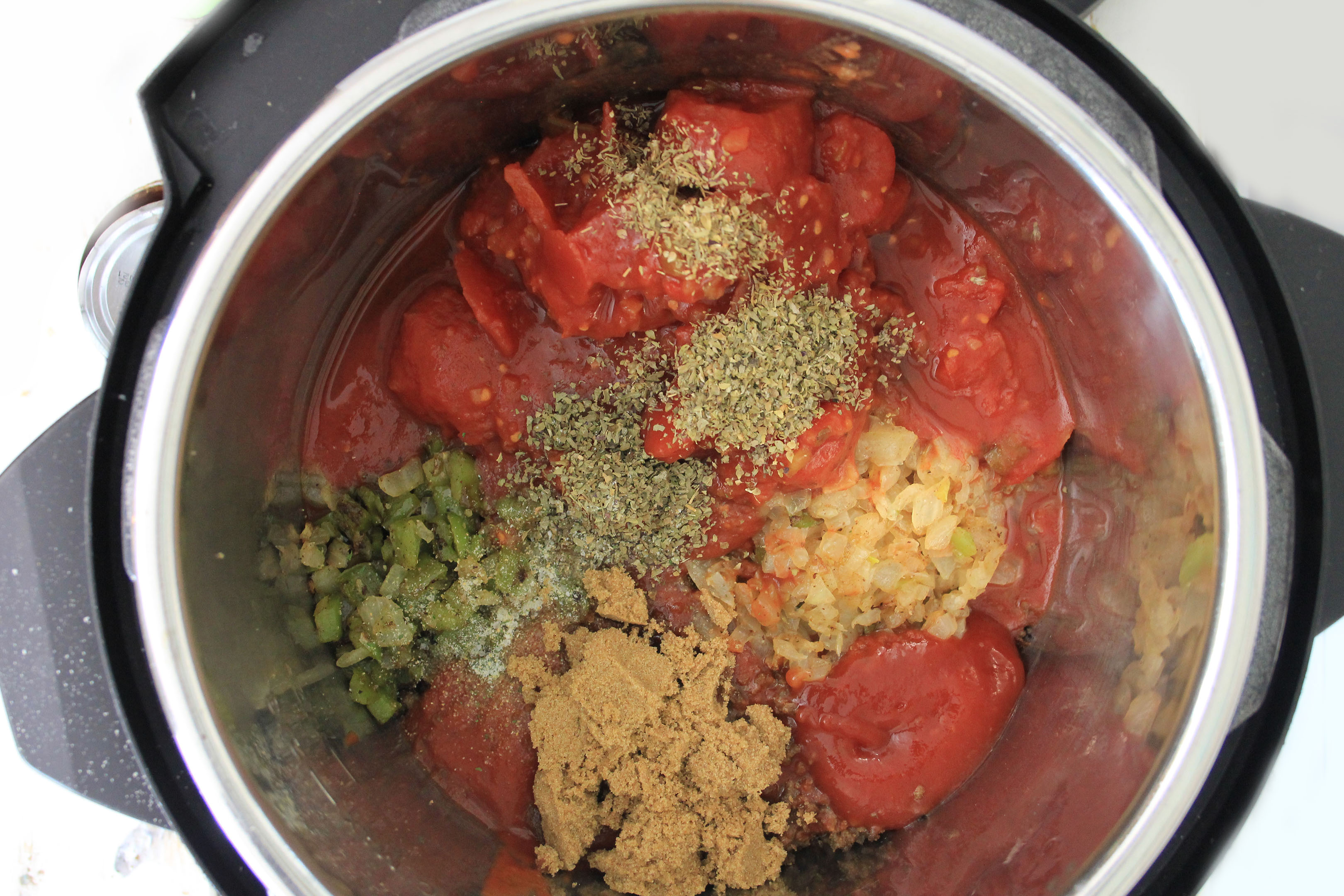 Pressure cook on manual high pressure for 10 minutes, then natural release for 5 minutes, followed by a quick release.

While the meat is cooking, cook up the instant rice on the stove. Or have your premade rice ready.

Use either 3-4 cups of Instant rice or two bags of Success Rice.  You can also use brown rice if you want to be healthier. 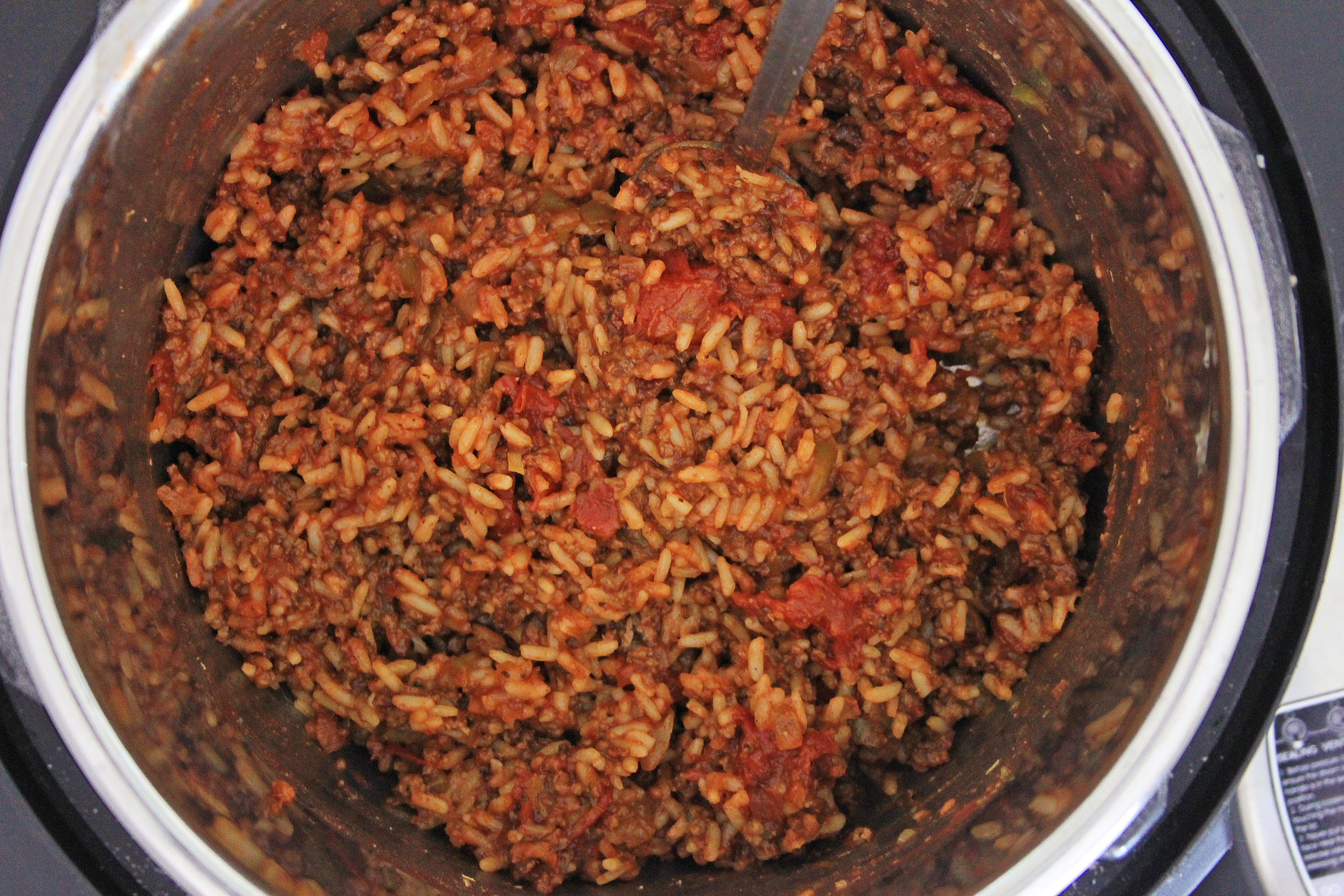 Stir in the rice and salt and pepper it to taste. Then you are ready to serve! 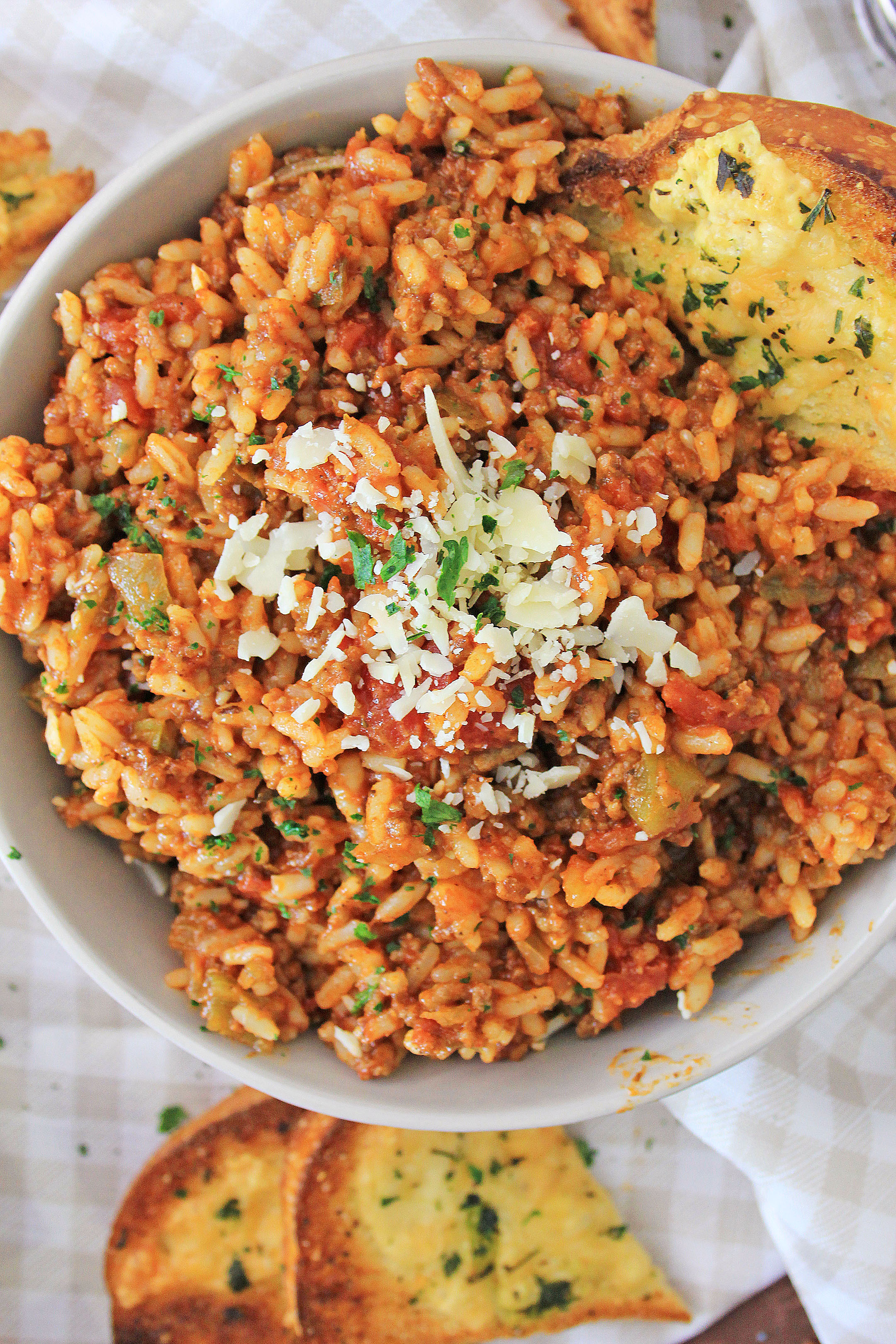 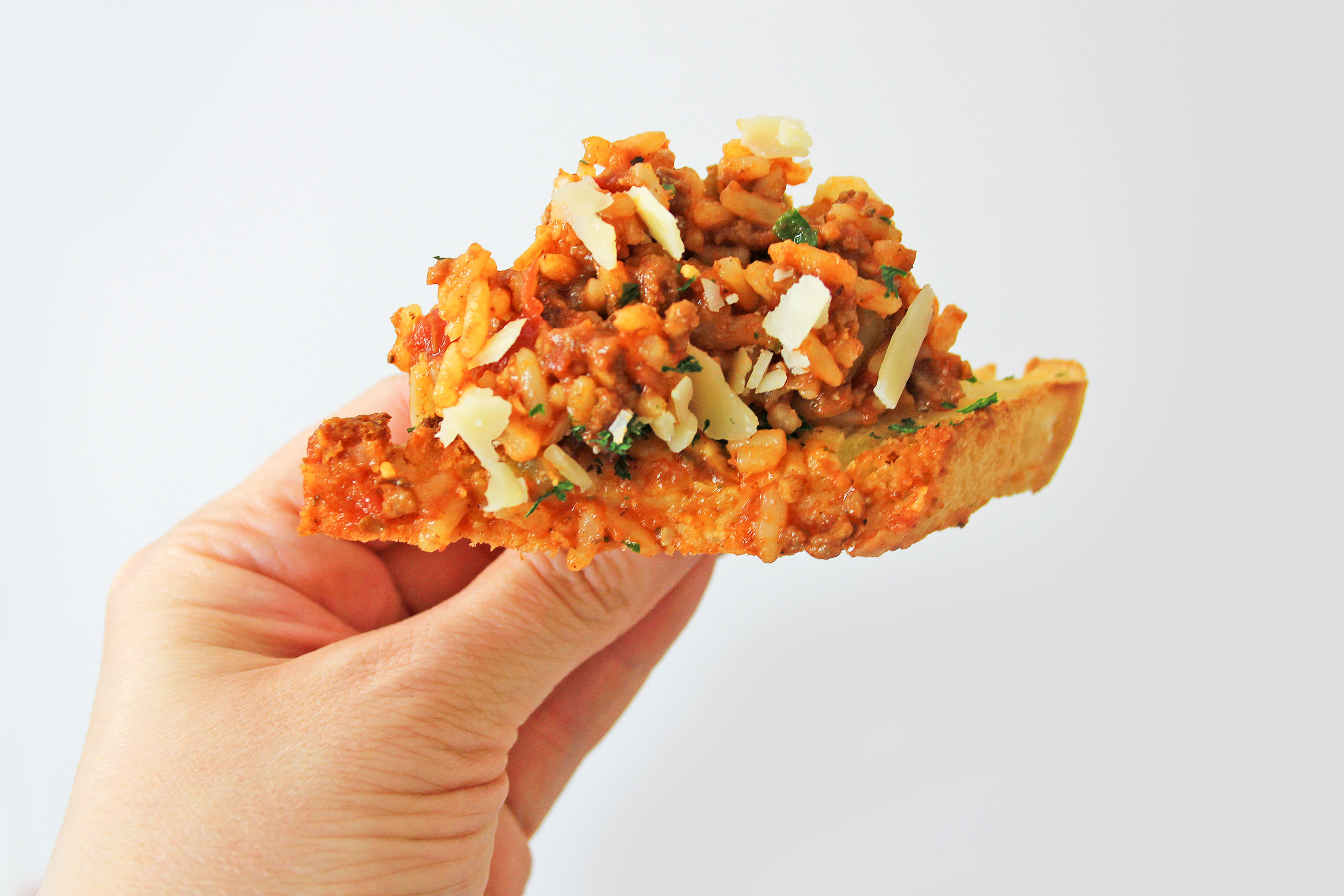 Yes, you can freeze this recipe.

To freeze, allow the Spanish Rice to cool, then place in freezer baggies. To reheat, add about 1/4 cup of water to the rice and microwave for 5 minutes or until reheated. 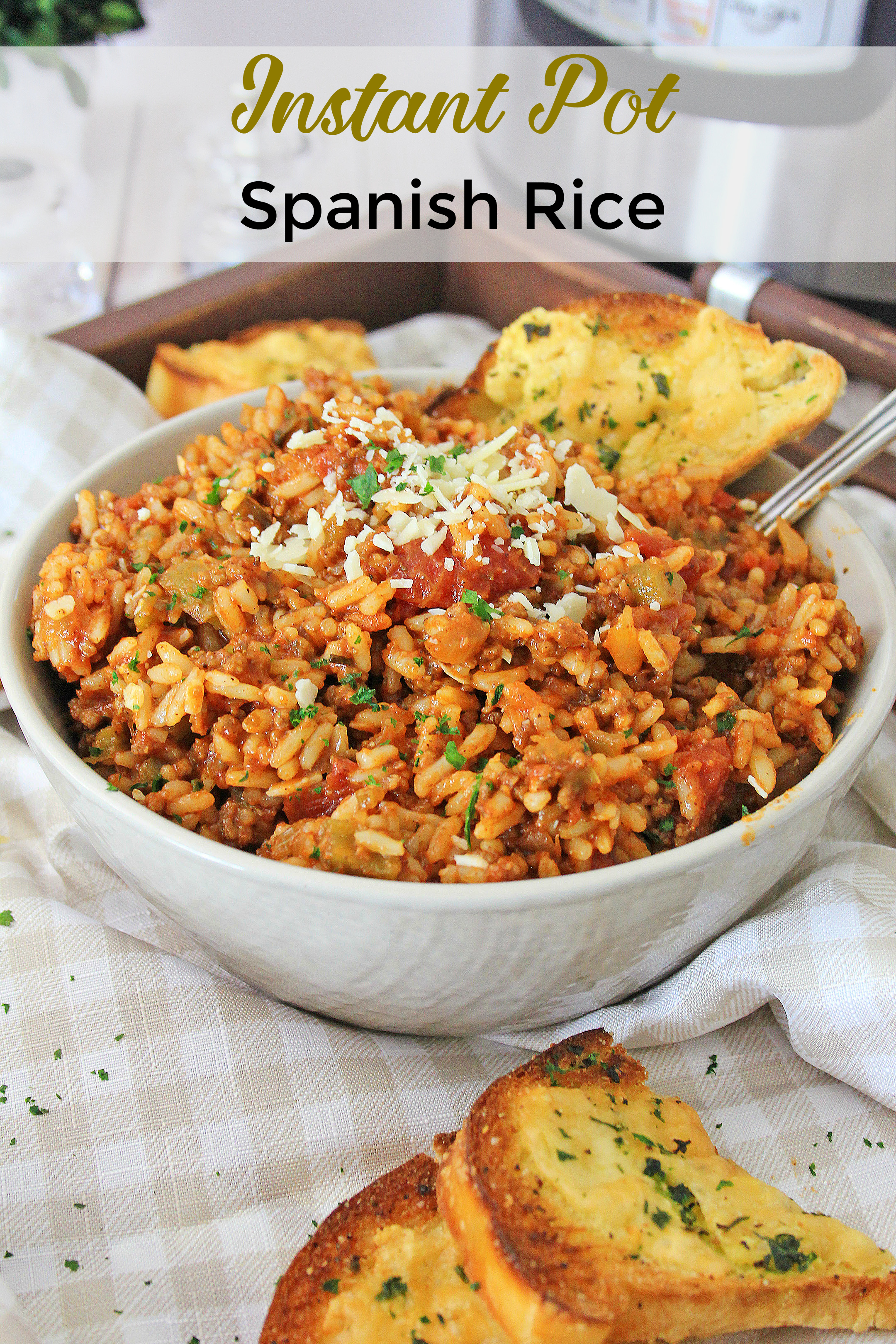 Chop the onion and green pepper.

On the saute function, melt the butter and saute the onion and green pepper until the peppers are soft and the onion translucent. Remove and set aside.

On the saute function cook the meat until it is well browned. Drain the fat and return the beef to the pot.

Put a bit of water in the cans and swish into the pot to get the remaining spices in.

Return the sauteed onion and peppers to the pot and add the remaining ingredients except the rice. Stir well.

If you have not premade rice, while the meat mixture is cooking, cook the rice on the stove according to instructions on the box , drain, and set aside.

When the meat mixture is done, stir the rice into the meat just until it is mixed. Do not over mix, or it will thicken.

Salt and pepper to taste