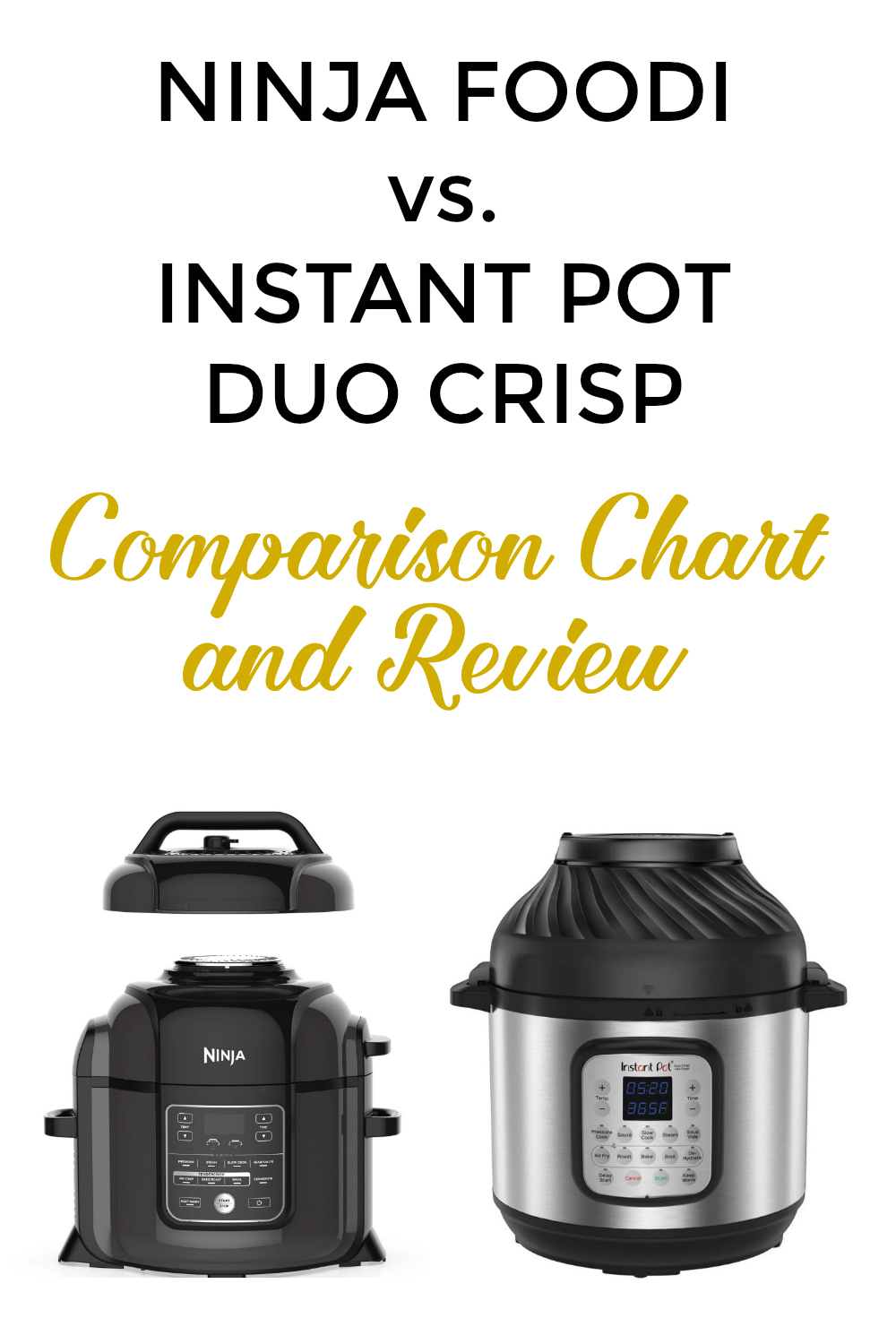 For those unfamiliar with the products, both are pressure cookers with air fryer functions. So, the Ninja Foodi is both a pressure cooker and and air fryer, and is the original product that offered both functions. The Instant Pot Duo Crisp is the same. It is newer, and I am surprised that it took Instant brand so long to do so since I suspect that Ninja has been a pretty big competitor for them.

You can view the products discussed in this post here:

Yes, it is spelled Ninja Foodi, not Ninja Foodie. And the Instant Pot is not Instapot or Insta Pot although you will often see it called that.

Disclosure: This site is a member of the Amazon Associates program and uses affiliate links.

When deciding which model of Ninja Foodi to buy or deciding if you want the Duo Crisp instead, it might simply just come down to price since the products are all very similar. 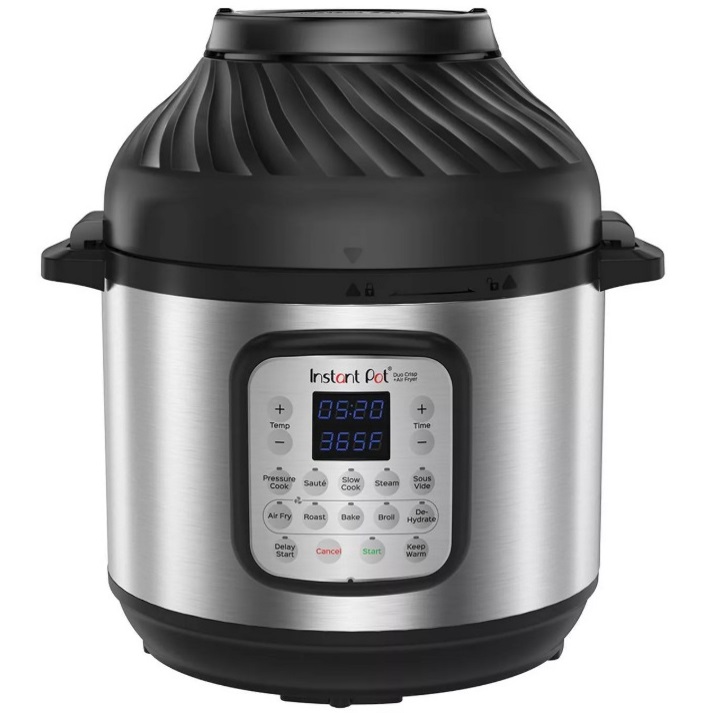 All of the Ninja Foodie pressure cookers with TenderCrisp and the Instant Pot Duo Crisp are highly similar products. Each offers the ability to do the following:

The only real key differences between the product features are that the Instant Pot Duo Crisp adds a Sous Vide function and The Ninja Foodie Deluxe XL adds a yogurt feature. Then, the Ninja Foodie also offers and smaller 6.5 Qt. product. The others are all 8 Qt.

The 8 Qt. Ninja Foodi products are pretty comparable in price to the Instant Pot Duo Crisp , although at any given time, you might be able to find one cheaper than the other, depending on sales. 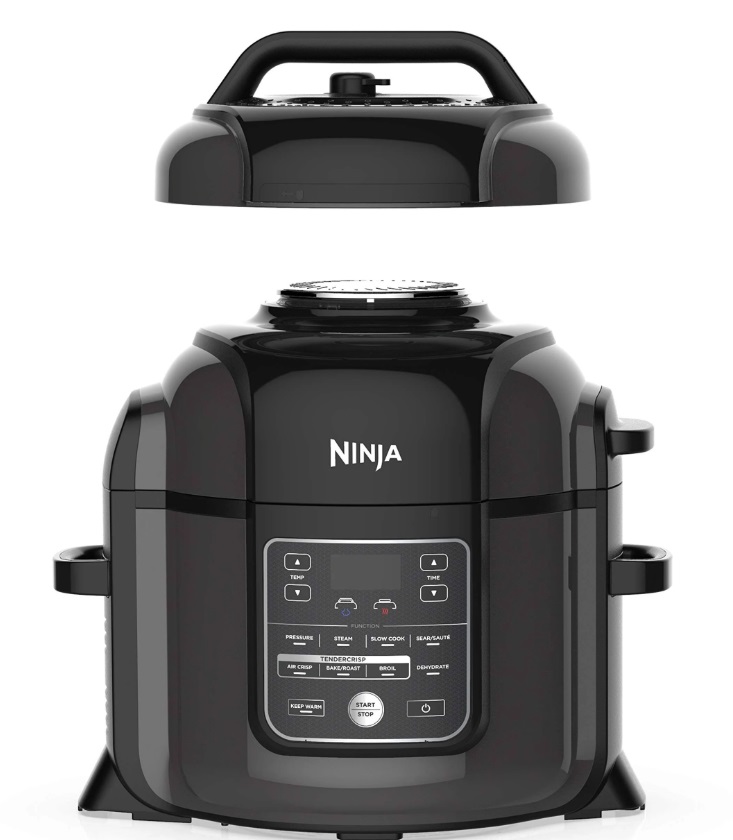 Which Ninja Foodi Should You Buy? Or Should You Get the Instant Pot Duo Crisp?

Between the Ninja Foodi products, the 8 Qt OP401 is the best value. Then, at any given time, the Instant Pot Duo Crip might be cheaper.  The products are so similar and both get good reviews, so I recommend checking the prices and getting the best bargain that you can find.

I happen to own the Duo Crisp, because I am a huge Instant Pot fan. That seems pretty obvious given the topi of this site right!?! But the Foodi is a great product too.

If you want to make yogurt without trying to figure out how to do it on a  slow cook setting, then get the Ninja Foodi Deluxe XL. It is the only one that adds that as a preset. If you really want the Sous Vide function then the Instant Pot Duo Crisp is for you. In all honesty though, I recommend using a true sous vide product over doing it in the Instant Pot. Reports are that the Instant Pot does not maintain proper water temperature well for it. I still need to test that.

One final consideration is that there currently are more dedicated Ninja Foodi recipes than Instant Pot Duo Crisp recipes. But that really should be a distinction without a difference because you can make a Ninja Foodi recipe in the Duo Crisp and vice versa.  So if you have a Foodi, you can still use my recipes here for it!

Here is a comparison chart.  If you are on desktop, go here for a full screen desktop version.

Instant Pot Cooking  is a participant in the Amazon Services LLC Associates Program, an affiliate advertising program designed to provide a means for sites to earn advertising fees by advertising and linking to amazon.com. We also link to stores such as Macy’s, Kohl’s, and Walmart.