You are here: Home / Instant Pot Tutorials / Don’t Be Scared of the Instant Pot, How to Overcome Your Fear! 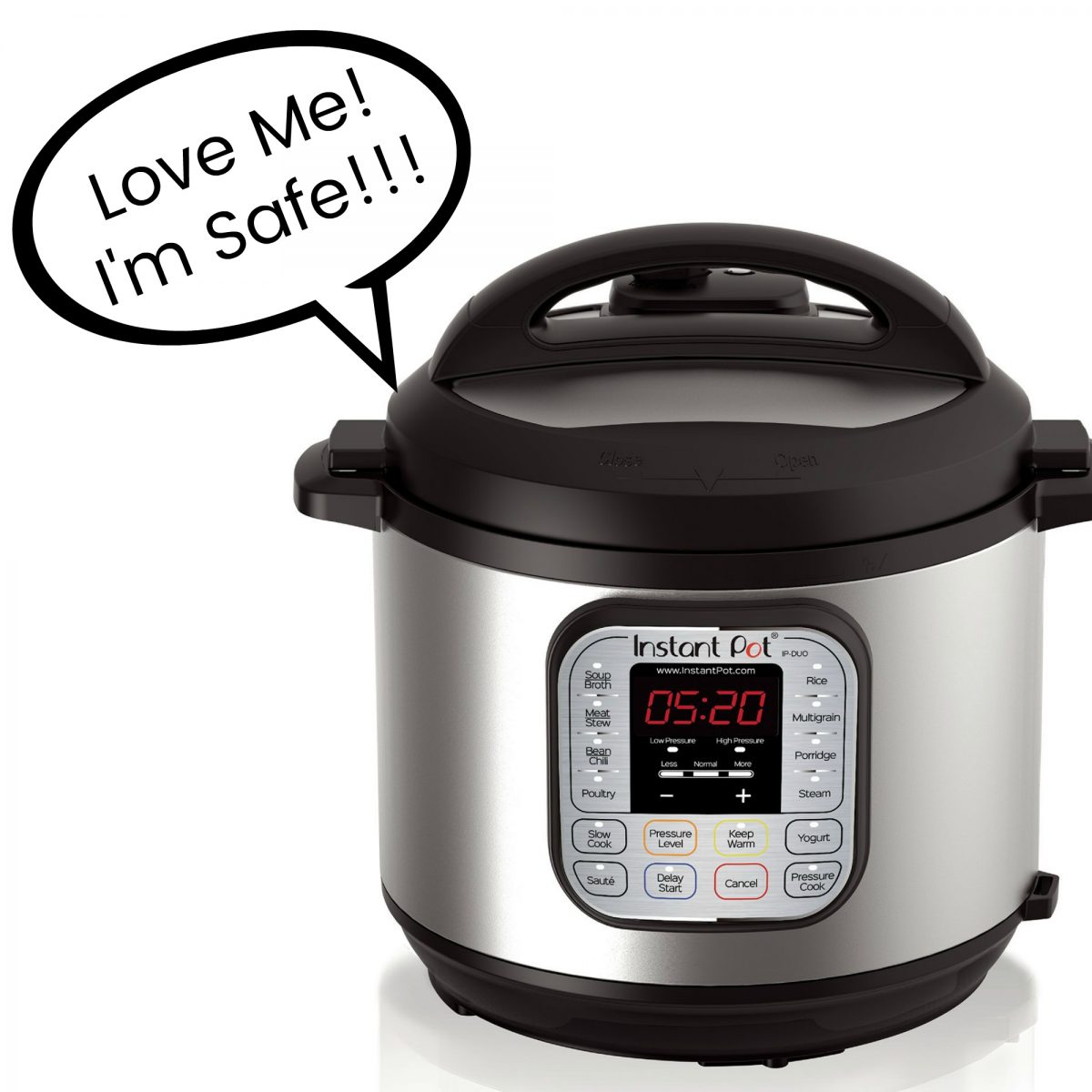 Are you afraid of or scared of your Instant Pot? You are not alone. Instant Pot fear or phobia is actually a thing.  So often I see in my Facebook Group or other Facebook groups, posts from people who leave their Instant Pot in the box because they are fearful of it or intimidated. Let’s try to fix that!

When I got my first Instant Pot it sat in the box for months.  Yes, I was afraid of my Instant Pot! Now I am a pot addict (as in Instant Pot) and write an entire Instant Pot blog. The same could happen to you!

Here is how to get past your Instant Pot fear and get cooking!

Scared of the Instant Pot, Overcoming the Fear 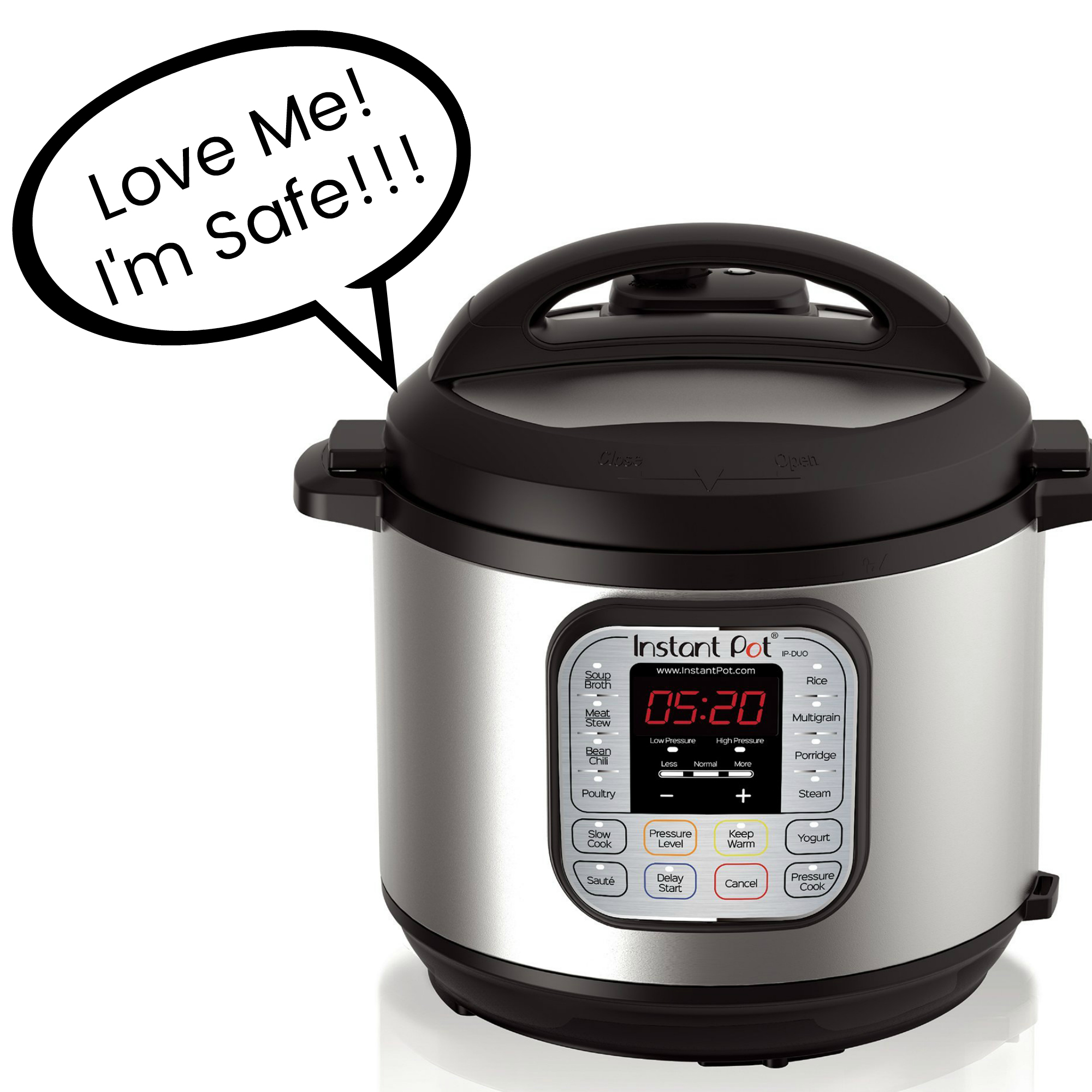 Love you I do!

Your Instant Pot is not likely to explode. Here is why:

There are a few ways that an Instant Pot could perhaps harm you though, the main one being from escaping steam. Instant Pots have a steam release. When you see the term “quick release” this is a way to get rid of the pressure fast.

Quick release works by blowing out steam from the top.  I was terrified the first time that I did it. Like seriously, stupidly terrified. It was silly, there really is nothing to it.

Don’t put your hand or other body parts over it! It is that simple. Steam blowing on you is not desirable for obvious reasons. I release the steam on my old pot with the handle of a spoon. On my new one, it is push button and super easy.  Don’t worry, just don’t stick your hand or face over the spout.

Other than that, like all things that heat up, the Instant Pot can be hot inside when you open it. Don’t dunk an arm into it or anything and you should be fine. Your family probably doesn’t want your arm in their food either.

Worried about when is it safe to open the Instant Pot?  When it tells you! It has a little button that goes down when it is safe to open.

Instant Pot Intimidation, All Those Buttons

Many people fear the Instant pot simply because they are afraid of all of the functions. It can seem overwhelming! In reality it is really easy.

Here is the dirty little secret about those buttons. Actually it isn’t even a secret: They are pretty meaningless.  Not entirely, but you really don’t need them all.

Most recipes you will find will give directions for using just one function: Manual high pressure.  You can hit that button and setting, set your time, and go. Other functions really are for the most part just presets of this. So, don’t get worried if you find yourself making something on the manual setting that has its own specialized setting. It really will be OK!

The other most used function is saute. It heats your pot up like pan on the stove so you can brown things in it or soften onions etc. You can also use it to simmer things. I seriously have only ever used the manual and saute functions on my Instant Pot! And I am an Instant Pot addict who writes a whole blog about these things!

All those other buttons can often be ignored, or feel free to use them as desired or if a recipe calls for them.  Yogurt is a big exception though.  If you want to make yogurt, get to know your pot first and then dive into various yogurt recipes using that function.

My dirty little secret is that I am still afraid of the yogurt button. Well, OK, I actually also don’t eat yogurt. So, I haven’t written about it on this site yet. 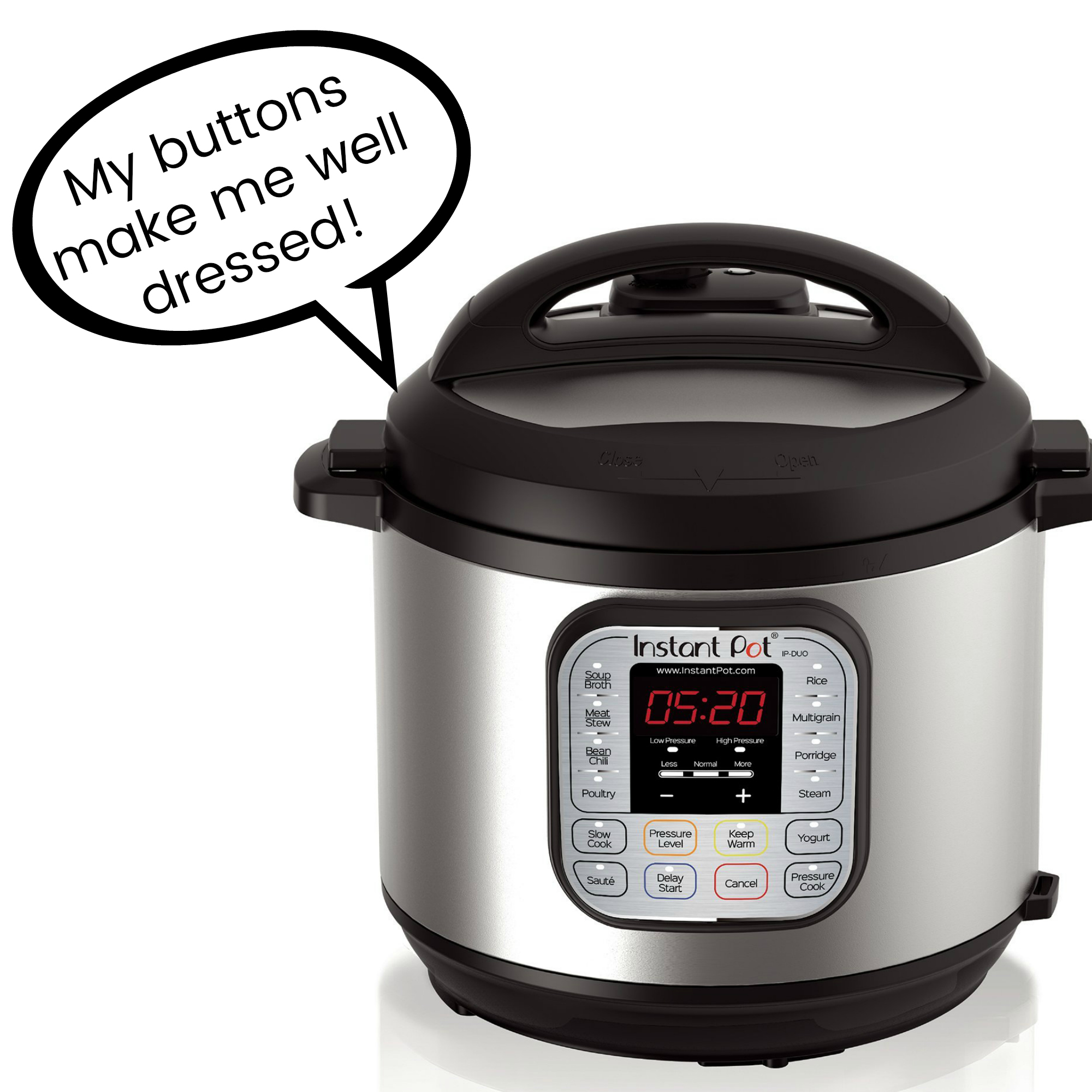 The best way to get over your Instant Pot fear is to start out easy. Start with the water test, which will teach you how to use the pot. Here are also links to various beginner Instant Pot tutorials.

Next, try some easy recipes. Soup is great way to start, or take a look at my round up of Easy Beginner Instant Pot Recipes.

I do not recommend jumping straight to pasta (although Mac and cheese usually is pretty fool proof) because pasta sometimes gets touchy, especially if it also involves tomato sauce.

One of the biggest beginner problems with the Instant Pot is when it comes to cooking meat. Things like pot roast, ribs, or even beef stew come out tough and the poor beginner is left wondering why.  Usually the biggest reason is either not cooking long enough, or  a failure to use natural release with meat.

Don’t quick release the steam with meat. Let it sit for 20 minutes or so and release naturally.   Remember to be patient with meat, especially beef and pork . My first ribs were a disaster because I didn’t follow this advice. I didn’t cook them long enough and used quick release. Now my ribs are awesome (I love to make them in the Duo Crisp like this: Instant Pot Duo Crisp Ribs)!

Pot roast is one that many beginners try to do right away, but it requires some thought about cut of meat, timing, and use of natural release. It isn’t hard at all, but plenty of newcomers to the Instant Pot accidentally mess it up. Look at my Instant Pot Pot Roast guide to get it right!

Make a couple of easy things and then move up to the longer cooking meats and pasta dishes. 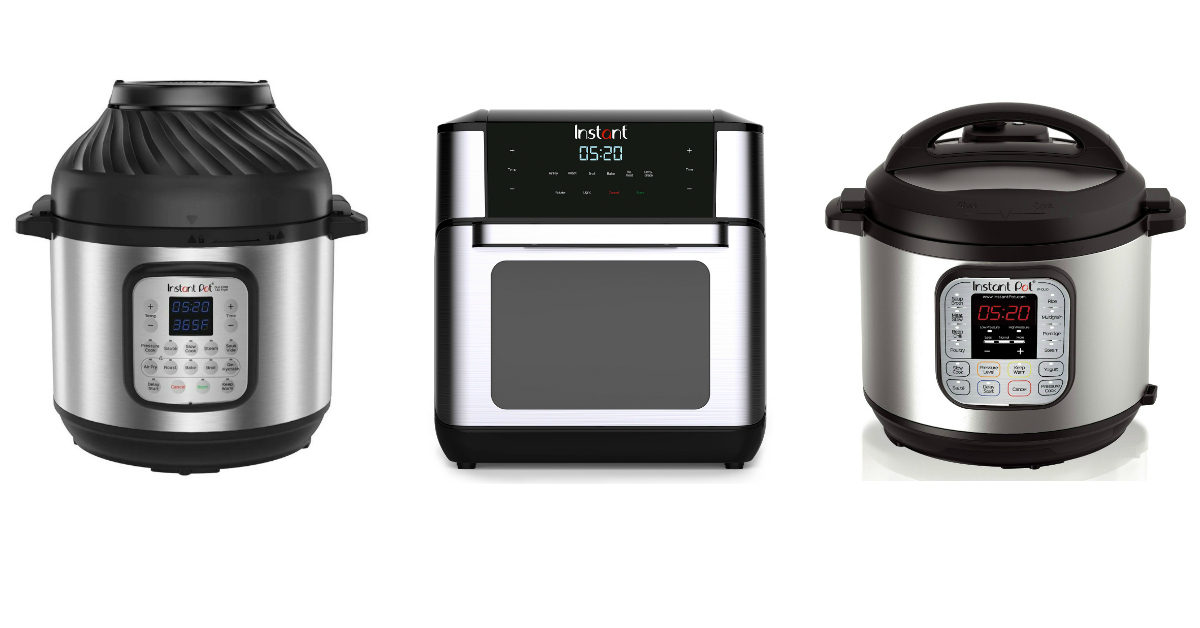 It often does not take long before a person once afraid of the Instant Pot becomes a full blown fan. Next thing you know, you could be buying pots of all sizes, plus a Duo Crisp, plus an Instant air fryer!   Aren’t they all pretty?!?! Maybe you will start a blog!

OK, seriously now. Don’t be scared of your Instant Pot! Jump in and give it ago!